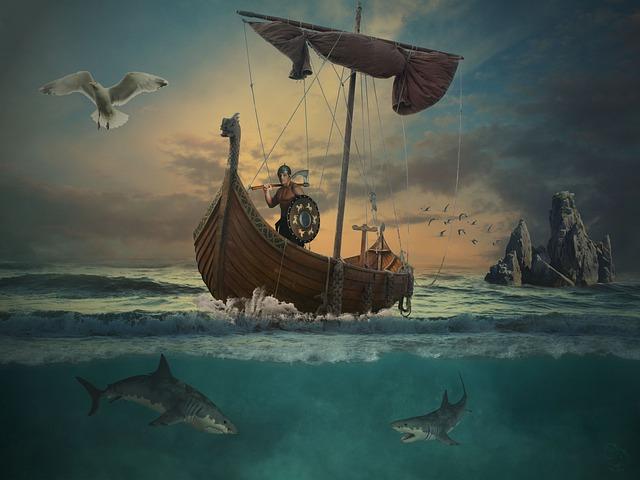 What are the best online games based in the Viking world?

Whether you are a fan of mythology or history in video games, the Viking world and its intricacies are a fantastic escape. From their worldwide conquests to their beliefs, the word Viking is still known to this day. These valiant warriors, resolute pagans, and incredible conquerors are still at the core of history books, movies, series, mythology, and video games. Viking games are some of the most popular video games in the world, with more than ten major Viking games released in 2019, for example. Here are ten of the best online games based in the Viking world.

The Top Games You Need to Play

Contrarily to some online video games, Assassin’s Creed Valhalla immerses you in the history of the Vikings and their beliefs, like Valhalla, the heaven of warriors. The game takes you on a unique journey in Viking history through the eyes of a famed Viking assassin, Eivor. The images of the game are also unparalleled with beautiful backgrounds of Norwegian landscapes and English settlements.

There are a number of Elder Scrolls games, but Skyrim is by far one of the best. The player is immersed in the Norse world of the Viking era through the character of the hero Dragonborn, who can absorb the souls of dragons and destroy enemies through shouts. This game is amongst the best online games based in the Viking world because of its beautiful scenery. As a player, you can travel through a world inspired by Iceland with mythological sites like Valhalla or the Throat of the World.

Volgarr the Viking is an unmissable online game if you are a fan of Viking games. The game’s success is in its multiple endings. There are also seven different worlds in the game to play through. Although it is a challenging game, it is definitely a highly enjoyable one with its extensive list of enemies to destroy and lands to conquer.

Valheim is one of the most successful and new games to be introduced in the online Viking game world. Its success is due to its incredible online game adaptation of Viking culture, in all of its brutality. The game centers around the player, who must find a way to get out of purgatory, otherwise known as Valheim, by learning how to build, hunt, and explore. Each one of Valheim’s worlds includes different adventures, making it never dull or repetitive.

Although Smite isn’t the most complex or historically accurate Viking game, it is one of the best. The range of characters, from Loki to Thor, and many more, make the game exalting from the get-go. Each character also has their own abilities to learn to master. With a shift in perspective of the game from one player to another with the various characters, Smite is one of the more exciting online games. The game also offers a third-person perspective by switching the player’s angle, making it more immersive and enjoyable.

Bad North is different from other Viking games because of its purpose. Most games based on the Viking world are defined by fighting, building, and conquering, but Bad North is based on strategy, bringing beautiful aesthetics and fun gameplay to its arsenal. It has been one of the most popular online video games since 2018. It remains a favorite because of its design, architecture-centered gaming style, medieval art style, and sound effects.

Hellblade: Senua’s Sacrifice is easily one of the best online games based on the Viking World since its release in 2017. The game is set around Norse mythology, following the character of Senua, a tortured hero with psychosis who travels to the underworld to redeem her husband’s soul. The complex backstory of this intricate game makes it all the more exciting as your character combats both her inner psychosis and the outside world. The game’s incredible sound effects also make the experience haunting and unmissable.

Jotun is one of the most distinctive Viking online games you can find because of its unique storyline. The game starts with the death of the player, which kickstarts the quest to reach Valhalla. Your character, Thora, died in inglorious circumstances, making her unable to reach the afterlife in Valhalla. As Thora, you must travel, fight, and defeat enemies across a vast land to finally reach Valhalla.

In Expeditions: Vikings, your player will be a clan leader whose goal is to fight, raid, and conquer for the clan. The game lets you choose not only your Viking Lord character but also the choice of roads you want to take as the clan leader. With amazing game options, like a Viking ship and an army by your side, you can decide if you wish to lead your clan to be hunters, gatherers, and traders or to be warriors and conquerors.

If you are a fan of Viking history, you will be a fan of Total War Saga: Thrones of Britannia. The game is set around 878 AD after the King of England defeated the Viking invasion. What makes Total War Saga: Thrones of Britannia one of the more exciting games is that you can rewrite Viking history. Through its different game factions, you can play until you’ve defeated Britannia and replaced the King of England with a Viking one.

Mobile Gaming: How the World of Video Games Is Evolving

What Can You Do to Prevent Training Injuries?